For Fandango’s Flash Fiction Challenge #122, where we write about this image from Nicolae_Balt at Pixabay:

John Hall was enjoying the morning, in a state somewhere between awake and risen. “Enjoying” is the wrong word, for John was nervous. Today would be big, he’d been told, decisive. Something had to be. Nothing yet had changed any of this madness. He gazed into the darkness of the early morning through the open tent flap. A stiff breeze blew in, and for a second, John hoped it might dampen Paul’s resolve.

END_OF_DOCUMENT_TOKEN_TO_BE_REPLACED

For Fandango’s Flash Fiction Challenge #121, where we write about this image from Reddit:

A three-inch-thick piece of glass stood between them, easily sufficient to withstand the large pressure difference. On the one side, fifty humans, and on the other, a hundred varieties of fish. A truly educational experience, to see so many of them in such a confined space.

END_OF_DOCUMENT_TOKEN_TO_BE_REPLACED 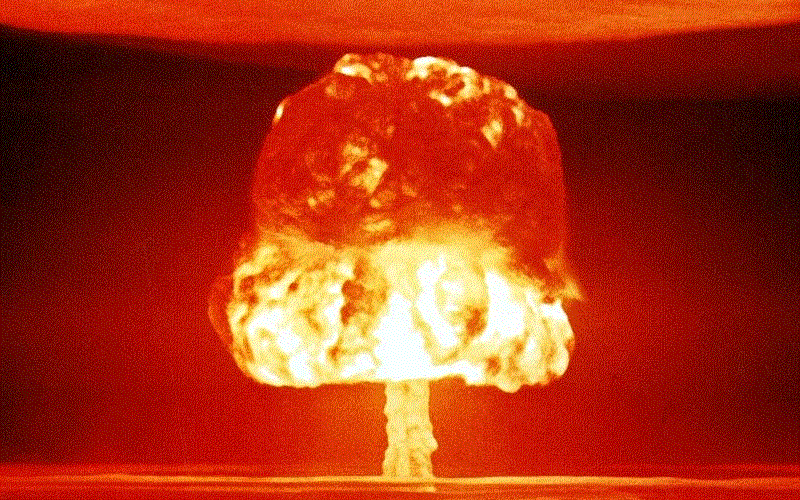 A friend of mine challenged me to write some flash.

END_OF_DOCUMENT_TOKEN_TO_BE_REPLACED

For forty years, the overweight, balding Geoff had worked for his local authority, manoeuvring his way into the Housing Benefit department. He was a small cog in a large bureaucracy, but he tried as best he could to make a difference to the often-desperate people who needed his help. He was seen as a capable, if unspectacular worker, and Geoff successfully kept his periodic bouts of depression hidden from the office. On his retirement, Geoff’s kindly demeanour would be missed by his colleagues, even if not so much by his manager.

END_OF_DOCUMENT_TOKEN_TO_BE_REPLACED

For Fandango’s Flash Fiction Challenge #120, where we write about this image from Antenna at Unsplash. .

“He delivered us power. What more do we want? We probably wouldn’t be here if it weren’t for him.”

END_OF_DOCUMENT_TOKEN_TO_BE_REPLACED

I always had a clear demarcation between “work” and “play”, and, for me, blogging was very much “play”. It had to be 100% fun, I’m certainly not out to be judged a better writer than anyone else.

So I’ve always shied away from competitions and the like, because that adds a level of seriousness which makes me uncomfortable.

Until last night. Someone tipped me the wink to this prompt. The advocate said it was purely for fun, although I don’t know enough to agree or disagree with that. The organisers say they will choose an entry to republish someplace, which sounded eerily competitionny to me.

Anyway I had an immediate idea so I thought “what the hell?”. The challenge was to come up with a 100-word flash themed on the following image:

“Have you nothing better to do?” chided Mrs God, noting Mr God absent-mindedly toying with a ball of plasticine. Anxious to regain some peace, Mr God rose, and strode to his dusty workshop, where he remained for the next six days.

On the seventh, Mr God reappeared. “What have you been doing?”, demanded his wife. “Making a small model. Here”, he showed his wife. “I’m going to call it a ‘world’ and look, I even made some inhabitants – I thought I might play dice with them. I’ll call them ‘humans’.”

It was a May prompt so I had to write it down pretty quickly, but if anybody out there fancies having a go, they are at http://www.100wordstory.org/photo-prompt/

I just fancied this, wrote it at the weekend.

Mark was 35 and, had anybody cared to ask, would have described himself as “happily married”. So, Sadie was never meant to happen. Clean-shaven, with dark hair, Mark and his wife had decided against children, which freed time for them to develop hobbies, none of which interested the other. Mark was active on the internet, subscribing to a website geared toward one such hobby.

And there they had met. MoonSade – Sadie. She gave no public hint of her married, mom-of-three status, although would gleefully talk to Mark about her toddler boys when they chatted privately. From those chats, Mark also learned that she was just three years his junior. What few, tiny photos she had shared showed a bob of short, strawberry blonde hair.

The pair reluctantly clicked. Like people flailing frantically to stop themselves from tumbling, but tumbling nonetheless. Over time, the conversations became flirtier, more suggestive, promising magic should the two ever meet. Neither consciously realised, but the other had become that missing piece of their jigsaw.

Although they began to thrive on their online encounters, there was little chance that a real-life meeting would happen. Apart from their respective families, they lived at opposite ends of the country. For both, prohibitive.

Their chance, when it came, was unexpected. Sadie was asked to attend a trade show, driveable for Mark. It meant a long day, plus a return flight, but she was eager to please following her return to work, so agreed.

They spent the next two weeks plotting. Mark arranged the day off work, as the anticipation built. They would have only her lunchtime, plus whatever else they could sneak, for she was to fly home that evening, uncomfortable to be away from her children any longer. But just that thought of touching the other… The one thing they could not do together online.

Mark planned his story. He concocted a visit to a bona-fide “hobby” shop, followed by lunch with one of his online buddies. It was almost true. But he needn’t have worried – when he mentioned it, his wife simply glazed over. All would be well.

The evening before the planned liaison, however, Mark had just arrived home when he received a surprise call from Sadie. They had spoken before, but their calls had always been planned.

“Mark? It’s me. Listen, I just stepped outside, I have to be quick. Gerry has just surprised me. He’s booked a long weekend for us all to stay up for a few days after the show. I don’t think I can get out of it. I’m sorry, my darling, I don’t think I’m going to be able to meet up with you. I wanted to let you know as soon as…”.

“I’m sorry, love”, came Sadie’s response. “Look, I’ll make this up to you, somehow.” In truth, she was every bit as desperate to meet. “But I’m sorry, I can’t make it tomorrow. And, I have to go now. I’m sorry…” Her voice was still trailing as the line fell dead.

His world turned upside down, Mark had to think. His first task was to compose himself – his wife would be home any minute. But beyond, what to do? On the grounds that he was owed leave, he had just about decided to drive down in any case, when he heard the door. Mark spent the rest of the evening silently brewing his plan.

Next morning, Mark left before breakfast, to give himself some space. Underestimating the journey, he arrived 30 minutes later than anticipated, and having skipped breakfast, he was hungry. This was his day off, he had planned a lunch with Sadie in any case, so, why not treat himself?

So Mark found an attractive-enough restaurant in the city centre and requested a table. At this relatively early hour, there were several available,  although there were other people dining, and Mark settled in for lunch.

Partway through his main course, he was disturbed slightly as the people at the adjacent table rose to depart. Mark glanced up: a young family, mom, dad and three small boys. The woman was fastening the middle child’s coat, and as she straightened, Mark noticed an elegant, blonde woman. Attractive, he thought, she looked vaguely familiar, though he couldn’t place her. Dismissing her, he returned to his meal.

Outside the restaurant, the woman knelt again. This time, she addressed the eldest child. “Now, mommy has to go back to work, so you be a good boy for Daddy, right?” Rising, she spoke to the man. “I’d better get back. It finishes at five, so I’ll meet you outside. Are you sure you’re going to be okay with all of them?”

“Sure thing, honey, they’ll be no problem. You have a good afternoon.”

“Thanks, Gerry. I’ll see you later”, she murmured as she clicked her heels and strode purposefully back to the show.

For Fandango’s Flash Fiction Challenge #119, where we write about this image of a David Hockney work. .

When they had first met, the earth had moved. Nobody could possibly know a love like this, surely? And until the children came along, they could not keep their hands off each other.