Goodness, then have put Independence Day on TV and I’m confusing it with Mars Attacks!

I’m waiting for those two kids to take all the aliens out.

I try not to use my blog posts just for small comments on news pieces but I find this story, from the BBC, very upsetting:

I appreciate that most of you will not know who this guy is. He is a one-time pop star who has since become a pastor and something of a UK TV personality. He is witty and hilarious to watch, refreshingly intelligent.

He’s also a guy who has just lost his partner.

I look for plusses everywhere these days.

I was very happy at the weekend. I have a small-ish collection of movies, for a computer geek who stores everything worth anything onto hard disk. Of that small collection, a disproportionate number of them are in French.

I find that Hollywood films (and, by extension, British films) are mostly pretty rubbish, but have found over the years that French cinema has produced some brilliant storylines. I always used to buy films with their original soundtrack, but with English subtitles – dubbing was not for me because part of the process was to pick up snippets of the language to take away with me. My knowledge of French was enough to set me on the right track, and with the help of subtitles the films made sense to me. Even if subtitles aren’t massively accurate. True to form, many of the films were useful just for picking up small phrases and later using them over in France.

But with my eyes not being so good, my collection of French cinema has remained untouched for the last few years. Until last weekend.

I was home alone, my wife away visiting family, so had some time on my hands. So, on Saturday I watched what is probably my favourite film ever, in any language, one called Le Bonheur est dans le Pré (which Google translates as Happiness is in the Field, and who can argue with Google?)

I’m not big on actors, but this film contains one of my favourites, Michel Serrault. You might have heard of him from La Cage aux Folles.

But I’m not going to go into detail about either the film, or the actor. I have them as ideas for future posts, so don’t want to spoil the surprise! Suffice it to say that I got through the film, my eyes and ears kept the pace, and I could follow what was going on.

On a roll, on Sunday, I watched Robert de Niro (and Jean Reno, another favourite) in Ronin. This film is mostly in English, with a scattering of French, so a bit easier. It helps that it is set in Paris and Arles, both of which have happy memories. Again, I passed with flying colours, although I could feel the late night yesterday! 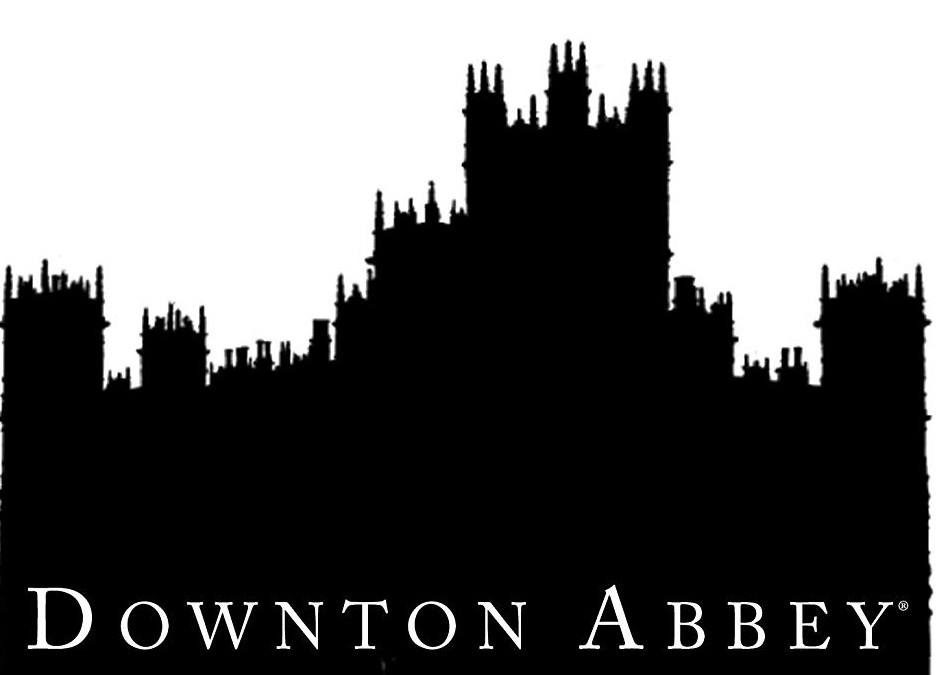 I went to see Downton Abbey at the cinema in Salisbury yesterday. A day late – had trouble making sure my daughter’s cat was inside the day before, my own fault.

It was quite funny when I got to the cinema. “Where do you want to sit? Is this seat OK?” On the till was a 3-4″ screen, complete with a floor plan on the cinema, and my seat allegedly highlighted. “Er……yes, thanks. Which way is the cinema?”. Just to let the girl know we were probably talking to each other at different levels! And the popcorn. When you visit the cinema as rarely as me, popcorn is OK.

The receipt is printed out, I forget to read it. The cinema door opens outwards. One-handed, the first challenge is getting in whilst holding a carton of popcorn. Dark inside. What seat was it? Darn it, I can’t see the ticket in the dark. I needn’t have worried – as my eyes grew accustomed to the darkness I’m in a small, 100-seat cinema, with about 3 other people in there. I sit anywhere, figuring that I can always move myself if someone else discovers I’m in their seat. Nobody else even came into the cinema, as far as I know.

The film starts. No spoilers. If you liked the TV series, you’ll like the film. In fact, not too dissimilar to a couple of the “specials” they made for the TV show, maybe a bit longer. The TV series is fresh in my mind – it finished on mainstream TV in 2015, but I watched the lot on DVD just three or four months ago. Bits of the series were unbelievable (i.e. the storyline could not be believed), but watching how this completely alien world of the British upper class functions was interesting. The lord of the manor is a good guy, in his world. But it’s not the real world.

The film is the same. Extreme opulence, only fleeting reference to the event of the time, the General Strike. A different world.

I noticed some beautiful shots of Downton Abbey/Highclere Castle, presumably taken by drone. I’d like one of those!

The timing of things raises eyebrows. One day, this couple meet. The next day, they’re playing tonsil tennis! So don’t analyse it too closely. But this is also the Feinian who saves the king! That kind-of sums up the film – 2 hours of harmless entertainment, but it’s not going to change the world.

Ha, ha, ha. I quite like a lighthearted laugh before bed, and I think I’ve found the right TV programme. It’s on one of the “4” channels, the one I watched tonight is E4. It’s called “Celebs go Dating”, and it really has me laughing. The title kinda gives it away, although given that I’ve never heard of any of these people, I’m not sure who’s who.

Last week there was a guy who asked his date “What is Brexit?” I don’t think this programme was filmed that long ago, so this guy has only had 3½ years to figure it out! (Let’s put to one side, that this issue was rumbling on for twenty years before then! Oliver Goldsmith was probably going on about the EU when this chap was born!) This guy is someone who, it seems gets the lowest reviews of anybody from the dating agency. I wonder why? But it goes to show how the things I’m interested in can go beyone other people, and vice versa. I bet this chap knows who every one of these celebs is.

Also, a couple who happened to be exes. How’s that for weird, for starters? The “dating agency” people suggested that, for the date, they should each think of the worst argument they’d ever had with each other, and try to work out how they could have behaved better. All well and good, they get to the restaurant. One of then explains what pissed them off and why. The other responds with why they were pissed off. And before they know it, they’re having the same row over again! Classic!

But my eyes are telling me it’s time for bed 😢

One of my favourite TV shows as a kid was Hill Street Blues. It used to be on late, probably at 10:30pm on a Wednesday or Thursday night. I remember I used to rush home to see it – at that stage I must’ve been fifteen or sixteen, but I watched it for several years. My favourite character was undoubtedly one called Mick Belker, played by Bruce Weitz. He was a detective, and used to growl when he was pissed at someone!

I was overjoyed a few years ago when the box set of every single show was released, and one of the things I did when I was convalescing from the stroke was to re-watch them all. Brilliant, very Eighties, was reputed to be set in Chicago but they never gave that away. I think it kicked off a very long career for the writers, though I never saw much of the actors again.

I don’t particularly follow the crowd. My tastes are pretty unique. It’s not something that bothers me, especially now. Becoming comfortable in your skin is just ageing.

Take television. For example, a very popular show in the UK is The Apprentice. I find this pretty offensive – the notion that financial gain is the be-all-and-end-all. So, I buck the trend. Another example, I can’t be bothered with your typical Saturday night fodder, so a lot of programmes I’ve simply never seen. These shows are just low-budget, low-quality tv.

The other day I watched a re-run of the first few episodes of Downton Abbey. I think this aired for the first time between 2010-2015. Ish. But they missed me completely. I suppose, at that time, I was finishing up up in London, up in Liverpool, then trying to get the bike mechanic venture off the ground. So I was pretty busy. Not to mention all the grief with daughter was brewing up nicely.

I’d certainly heard of it, I knew it was a massive production, but I never watched. So I’m a bit late to the party. It was the same when I caught up with Brideshead Revisited (originally aired in the Eighties) a few years ago. And with Downton Abbey, I’m pretty impressed. Of course this upstairs/downstairs thing is absolutely disgusting, but, you know, it happened. So I suppose a vaguely accurate portrayal of the time – it is only a hundred years ago, after all.

So on the strength of these episodes, I’ve just ordered the box-set of every episode, and, really, you can count in years when I last bought a dvd. Let’s hope that the next fifty-odd episodes live up to the standard.

Oh, and note to readers – there really is a place called Downton, in fact it is a village not far from me. But it has no abbey. In the series, the house is actually Highclere Castle (still only thirty or forty miles away) and the “town” filming looks very much like the Cotswolds. The story, though, is entirely fictional, and set up in Yorkshire.

I’m just sitting here with the tv on, and the BBC keep playing a trailer for “The Apprentice”. They must have a new series starting.

I must admit I have always found the idea of The Apprentice totally abhorrent. The idea that everything just boils down to profit and loss just negates those other things in life which are, in themselves, valuable qualities. The only thing I find difficult about this programme is finding a suitably negative word to describe it.

I’m sure Alan Sugar must be nicer than the role he plays on the programme – you can’t possibly get by in life, let alone prosper, with such a negative attitude towards other human beings.