I don’t plan on doing this regularly, but just wanted to give a quick heads-up about COVID numbers in the UK.

As you can see, we are well and truly into our second wave, with numbers now on a par with the initial wave. I’m using our government’s official source (as at 24/9) for these graphs, and the different colours you see represent the different countries of the UK. There is speculative talk in the media about a second wave happening in the future, if we’re not careful. I’d suggest that it’s here already, wouldn’t you?

Deaths, however, have not followed suit. There will be a lag between contracting the virus and death, so I am wondering whether we are just looking at that lag, although there was no great lag during the first wave. Time will tell, I suppose.

Locally, my area has very few cases, but that was always the case. If we do see a spike, it is a cluster of three or four people. I heard on the news tonight that Glasgow University alone was dealing with more than a hundred cases, so I think I’m getting off lightly.

Personally, I’m still as locked-down as I was back in March – it’s not so much being unable to go out, it’s more having no overriding reason to go out, and choosing to stay home.

I was prompted tonight because I looked at the numbers for Italy, whose government seems to have done a far better job of keeping a lid on this second wave.

I’ve spent a lot of the day in shock, trying to blamk out what happened at breakfast time.

I even put a couple of posts live this morning, then went through to the kitchen as normal. I put the kettle on, as normal. I mixed some oats up into porridge, as normal. I can’t help thinking I was lucky to be in the room for what happened next.

The kettle, almost boiled, stuttered. Then it started again – its LED shows on/off. So I am staring at the kettle, wondering what’s going on, when all of a sudden, I see a puff of black, acrid smoke, accompanied by a flash, coming from the kettle’s switch into the wall socket.

Fortunately I grabbed the (plastic, insulated) plug and pulled it out of the wall, removing power to the kettle. I was just left with this smoke and an awful smell.

Now, the kettle wasn’t actually connected directly to the wall socket. I had a wi-fi switch in there. The type of switch which allows me to remotely turn the kettle on from my bed. Ironically, I don’t use it any more, but it was still in the loop between wall socket and kettle.

This switch had all the right logos on it – there is a safety standard within the EU, and since we only left a year ago… But, on inspection, this wi-fi switch was the culprit – indeed, part of it had melted away. After it cooled I could see quite clear damage.

So I can’t help thinking how lucky I was to be in the room when this happened, so I was able to nip it all in the bud. And I can’t help thinking that we need to get an electrician in just to make sure the socket is safe (although I’m pretty sure it was this switch rather than the socket, we’ve left the socketoff just in case, so there is no circuit there). And, I tested the kettle – literally watched water boil – at lunchtime, in a different socket. But I can’t help thinking that every unidentified little noise in the house is the start of a fire somewhere, and I can still smell that bloody smell! 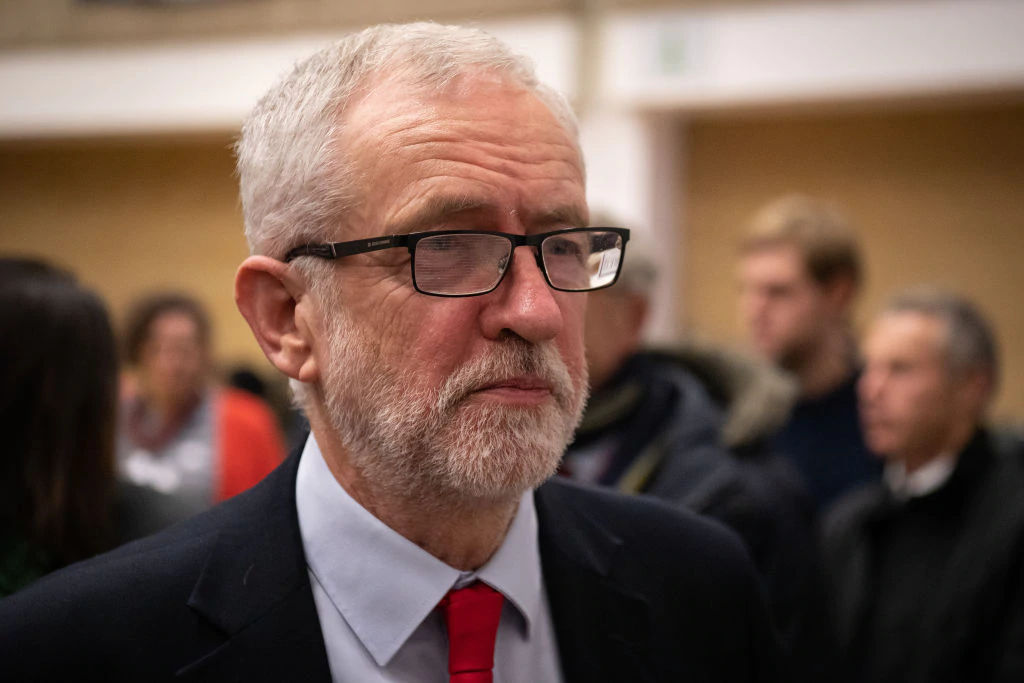 In 2015, the UK had a General Election. The Conservatives won. Licking its wounds, the Labour Party elected a new leader, Jeremy Corbyn. Corbyn was hardly a natural leader – a socialist straight out of the mold, he had been a dissenter all his life – but he reflected members’ resentment at having been stage-managed for so long. This effect went two ways – with Corbyn’s election, many people who broadly agreed with his views were motivated to join his party. And they became easily the largest party – a half million members, 10x that of any other party.

But in terms of the electorate (about 50M), that’s a tiny number. To many members of the general public, Corbyn was fatally flawed. He was known to sympathise with groups like the IRA (Ireland) and the PLO (Palestine), which the UK media likes to present as terrorists – any group which opposes the UK is conveniently labelled “terrorist”. And Corbyn did not play cricket.

Fast forward to 2016. Our Brexit referendum. The day after losing the vote, our Prime Minister, David Cameron, resigned. To be replaced by Theresa May. At this point in time, their government had a slim majority, but a majority nevertheless. As long as they weren’t too radical, they could pass their agenda.

Dissatisfied with the slimness of this situation, May decided to call another General Election in 2017, in the hope of crushing the opposition. My own feeling was “how can she be so flippant? If we’re going to deliver Brexit, we don’t have time to get distracted”. But, aware of Corbyn’s history, May called an election. She was Aesop’s fabled hare, the general public resented her attitude, and Corbyn did very well. He didn’t quite win, but he erased May’s majority – it took a couple of years, but May had been fatally wounded.

Fast forward to 2019. Bear in mind that throughout all this time, the public did not really like Corbyn. We saw countless interviews on tv which went along the lines, “I can’t vote Labour, not while he’s in charge”. By now Boris Johnson had replaced May, and he limped to yet another election. This time Corbyn was beaten. Trounced.

If you’re still with me, I’ll get to the point.

In 2017, the public voted for Corbyn in numbers, to give his arrogant opponent a bloody nose. But they never really warmed to him, not in the numbers he required to become PM. As soon as the opponent was someone who was palatable – I used the word “charisma” the other day – the electorate showed Corbyn the door.

My point is, I think the US went the exact same route. In 2016, Americans really did not like Hillary Clinton, so they voted for Trump, to give her a bloody nose. The only difference is that Trump won. But I don’t think people particularly voted “for” Trump, so much as “against” Clinton. By extension, put a decent candidate up against him, he will fold.

I don’t really know if Biden is the answer to that – I’m too far away to make a judgement. From what I hear, I’d probably have as many issues with one as with the other.

But I think their first issue is credibility, just like it was with Corbyn.

I might have been a sailor,
Adventuring on the sea.
Or, perhaps, a dentist,
With a pristine surgery.

I might have been a florist,
Up to my neck in blooms,
Or, perhaps, a CEO,
Commanding the boardroom.

I could preach to you the gospels
With vehement conviction,
Or perhaps I’d be a weatherman,
With dubious prediction.

I might have been a lawyer,
Interpreting the law,
You might see me in the courtroom,
And admire me with awe.

I might have been a policeman,
Solving every crime,
Or, perhaps, the Fat Controller,
Making all the trains on time.

I might have been a Pastry Chef,
Preparing your dessert,
Or, perhaps a secret spy
Who lives his life covert.

I might have been a plumber,
Who would fix your leaking tap.
But instead I fear you must make do,
With me writing all this crap!