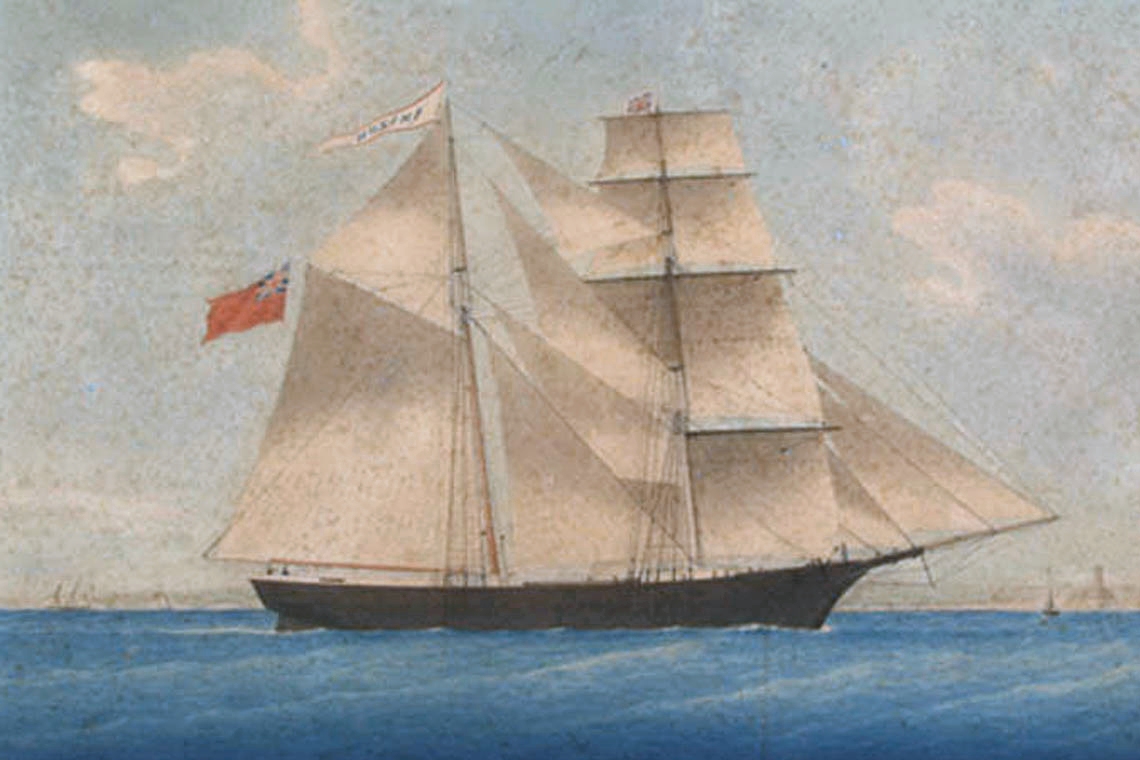 I didn’t really have a winner this week, but I did read a quirky news story in the Irish Times which raised my eyebrows. It’s becoming clear to me that I need to think of these posts more in terms of quirkiness than in terms of winners/losers, but I’m going to keep the title and tag, just so I remain consistent with other posts on the theme.

Anyway, I bet you never picked up on this story from your reegular news feeds!

We’ve all heard of the Mary Celeste, right? The American ghost ship which was found drifting off the Azores in the late nineteenth century? Such an unusual story it has passed into folklore, so surely lightning could not strike twice?

Let me introduce the Alta. The Alta is is a freighter, which was en route from Greece to Haiti when, in October 2018, it suffered unrecoverable engine failure out in the Atlantic, about 1,400 miles from Bermuda. Its crew of ten were picked up by the US Coastguard, leaving the ship to drift.

You’d think someone would care about a ship, wouldn’t you? It’s not exactly tiny, it must be worth a bob or two, and after all, this was 2018. But the ship was allowed to drift. And drift. And drift. Last August it was spotteed back across the ocean, off the coast of Africa, having drifted about 1,500 miles across the Atlantic.

But the Alta wasn’t finished. She continued drifting. This time, northwards, until Storm Dennis finally lifted it onto the Irish coast at Ballycotton (what a beautiful name!) in County Cork last week. Because, of course, before Storm Dennis hit the UK, it tore through Ireland.

You wouldn’t have thought any of this was possible in this day and age, would you?

Last week, Jim (NewEpicAuthor, A Unique Title For Me) set a theme of choices (my selection). This week, he gives us the theme of things associated with rheumatoid arthritis.

It is a heavy subject but I wanted to keep things upbeat, especially after I myself posted about a serious event last week. So how about a bit of disco? My song is very cheesy, but a fun listen.

Ottawan came along at the very end of the disco era. Their biggest hit was D.I.S.C.O. in 1979 (you might remember that one if you’re European) but their second-biggest was called Hands Up, which did well across Europe in 1981 (it reached #3 in the UK).

It didn’t chart in the Americas until a remix was released in 1988, which reached #7 in Canada. Despite the name, though, Ottawan were not Canadian but French (Patrick Jean-Baptiste and Annette Eltice). As far as I can make out, none of their music was released in the USA. Ottawan was formed by (Frenchman) Daniel Vangarde and (Belgian) Jean Kluger, who also penned and produced this track.

It’s just a bit of nonsense, but a catchy, enjoyable tune, unmistakeably from the era. I hope you enjoy.

Angel face, I love your smile
Love your ways, I like your style
What can I do to get closer to you?
Don’t think twice or count to ten
Don’t take advice, don’t ask me when
Just come my way, simply kiss me and say:

With you head up in the sky
Every day you’re walking by
Why don’t you ever starts looking at me?
[Lyrics from: https:/lyrics.az/ottawan/-/hands-up.html]
Stop that game, don’t waste your time
For all your dreams are matchin’ mine
No use to play hide and seek for a week