It is a mothful of a question this week, so I shall resort to copying and pasting:

Do you feel that Donald Trump was justified in ordering a drone strike that resulted in the assassination of Qasem Soleimani, the commander of Iran’s elite Quds Force, in an airstrike in Baghdad last week?

Do you think Trump’s decision will lead America into a hot war with Iran?

Do you think Trump’s motives are political and self serving?

Hmmmmmmm. Very topical. I think because this is such a topical question, we have heard all the arguments these last few days already, so there is no point going over them again. I’ll simply say where I stand and, if you don’t agree, so be it.

Fandango does at least split his qustion into three parts, so I shall do the same with my answer.

Do you feel that Donald Trump was justified in ordering a drone strike that resulted in the assassination of Qasem Soleimani, the commander of Iran’s elite Quds Force, in an airstrike in Baghdad last week?

Straight away, that word justified stuck out. I can think of better words. I can think of maybe acceptable, of ill-advised, or even of effective. It’s probably a combination of these three words which adds up to justified.

The first part, I’m basically asking whether it is acceptable for a country to unilaterally assasinate anybody, extra-judicially. It is not specific to Trump. Is it acceptable for one country to set itself up as world policeman? By phrasing it this way, we’re not just focussing on Soleimani, either. We might just as well ask whether it was okay for the USA to assassinate Osama bin Laden? which, of course, happened on Obama’s watch.

My answer to this one is just a straight no. It is preferable to stick within international law. That’s why we have organisations such as the UN (or, in this particular case, the ICC). It might be valid to ask whether they are fit for purpose, but that is why they exist. If they are broken, we should try to fix them rather than walking away from them. It’s a pity that repeated US administrations have rejected this forum in favour of a more wild west approach with no rules.

But I do have sympathy for the US here – after all, the reason I rejected the EU is because it was not fit for purpose. In the case of the international courts, I don’t really know their issues well enough to form an opinion.

So, was the killing ill-judged? Very possibly. I suspect so. It is interesting that both Obama and Bush Jr had this guy in the crosshairs, and yet decided to let sleeping dogs lie.

Lastly, was the killing effective? It’s funny because I was listening to a group of women in their seventies talking about this very issue, just this morning. I tend not to get involved, but I could hear their debate. The consensus was that killing somebody never solved anything, that they were just replaced with someone else. The actual problem never went away.

Do you think Trump’s decision will lead America into a hot war with Iran?

I don’t really see any kind of shooting war, unless the US decides to invade Iran where I see a guerilla war and a re-run of Iraq. I do, maybe, see more 9/11s. The US (and Europe) have got lots of soft targets in their own territory that they need to protect. Iran will already have sent people out who are no doubt ready and waiting.

Do you think Trump’s motives are political and self serving?

I must admit I don’t really have a view here. Maybe Trump thinks he can win an election by winning a war? Maybe he just thinks that by having a war, he can postpone an election?

I think this current impeachment is interesting. For all the bad things people say that Trump has done, so far it has played right along party lines. Republicans, yes, Democrats, no. If he tries to fiddle with elections, I wouldn’t expect it to be any different. 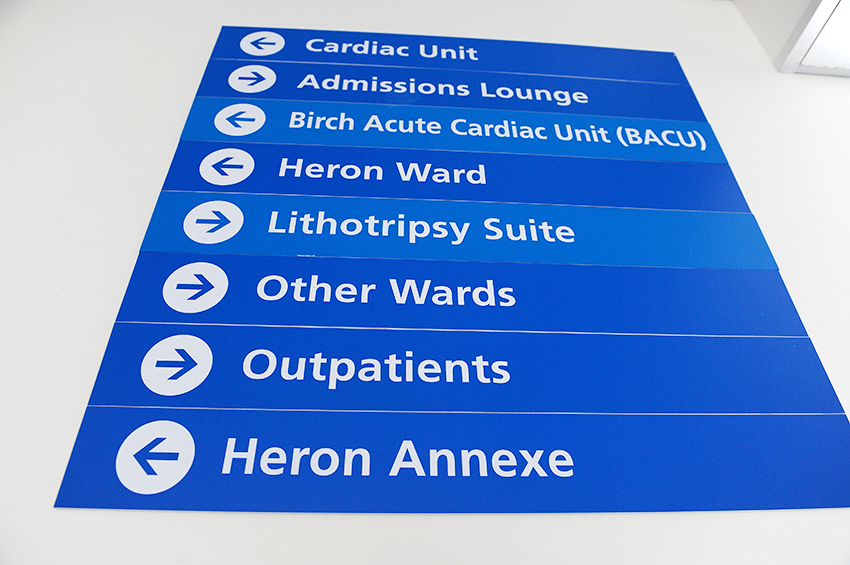 I was meant to be visiting the hospital ward today for one of my voluntary sessions. But I’m here, writing this post.

When I started both of my streams of voluntary work, I needed to get a criminal record check because I’d be working with vulnerable people. You can imagine, somebody who has just had a stroke is a vulnerable person, so perfectly reasonable. I did all that and the certificate regarding the hospital visits came through in December 2016. It had a three-year expiry. Before that time I had never required a criminal check for anything in my life.

Because of christmas getting in the way, my last visit up there was a month ago, in early December. Since that visit, my certificate expired.

We applied for a fresh certificate back in September, but it has not come through yet. When I applied in 2016, it took them three months to go through my fifty-year life and give me a clean bill of health. Since I applied in September, it has taken them four months and counting. To go through just the last three years.

But I mustn’t make such comparisons – after all, the Stroke woman herself keeps reminding me that things are far better now than they were back in 2016, so who am I to argue? I wonder whether she’ll see any irony here? I doubt it, somehow.

But really, this is not a whine. These things take as long as they take. Plus, this is only voluntary work – it isn’t as if I had an income which depended on having this certificate.

If I really wanted to, I could visit today – the charity says that I can go as long as I am accompanied by somebody who is trusted. Which would be possible – I normally go along with a paid employee of their’s. But we generally separate to split the workload, so we would need to faff around with how we do things. I’ll freely admit there is a certain amount of schadenfreude, too, just because I am forvevr being told how much better everything is today. This is what happens when we starve things – the service gradually gets worse.

Also, I am a believer in Murphy’s Law. Nothing ever happened these last three years, but it will today. My being there, without any documentation, will raise unnecessary questions. It’s unfortunate that the people who actually benefit from my visits, the patients, will miss out, but my top priority has to be to cover my own ass, therefore I shall be staying away until this certificate arrives.