My mum died in early 2012, and my dad followed suit on Christmas Day of the same year. After mum’s death, I was concerned at how long the process of probate was taking, a mix between my reluctance to deal with it, with a solicitor’s uselessness, and the pace at which external things, over which I had no control, worked. When my dad died, I decided that, rather than renew my contract with my clients, I needed to take time out to get everything sorted.

I finally sold me late parents’ house a year later, in January 2014. It was a large three-bed semi, must have been twice as large as my house, and was full to the brim with “stuff”. Once the house was sold, I had money in the bank and followed my love of cycling (doing it as opposed to watching it, although I liked that too). Since I was able, I decided to try my hand at a change of career, and in summer 2014 was training as a bike mechanic (training which I subsequently passed). Dates tend to fade in our memories, but events…..I remember watching the 2014 World Cup final from my hotel bedroon over near the course in Lincolnshire.

Fixing bikes was far harder than IT. I knew even from the training that I was slower than my 20yo compatriots, but I was thorough and did a good job. Do you remember Lance Armstrong? At the time he was being talked of in terms of the “best cyclist of all time”, and he owned a shop in Austin, Tx called Mellow Johnny’s. I guess it is still going, although I don’t know whether Armstrong is still involved. Anyway, what a good name, I thought. So I tried to think of something similar. Steady Joe’s was the best I came up with. I don’t even know anyone called Joe! but it had a ring to it. In my ears, at any rate.

Unfortunately, repairing bikes was far harder than IT, just establishing myself as a business and getting regular clients. Also, most of the money in bike shops is on the sales side, and it was repairing them that interested me.

So, in autumn 2015, I had a long hard think and decided to go back to IT. I was, after all, pretty good. But I wanted to =work closer to home, I didn’t want to spend three hours per day on the train any more. It was slow and took a while, but the UK’s Ordnance Survey (the “official” UK map-maker) is based in Southampton, twenty miles away from me, and I secured an interview with them.

Unfortunately, the day the interview was scheduled, I’d been in hospital three weeks following the stroke. I never even found out that an interview had been scheduled until I went through my emails after I left hospital, in the middle of March 2016. Timing, eh?

It’s funny, because at one of my clients in London, one of the boss-ladies shocked me in a meeting once by saying, “if you see a gap in their CV, it means they’ve been in prison!” and it kind-of haunts me now that that’s exactly how my cv looks! As a consolation, I do have a City & Guilds certificate from the Bike Mechanic course, plus of course I have DBS (criminal record) certificates from the charity work I’ve done since the stroke.Honest! 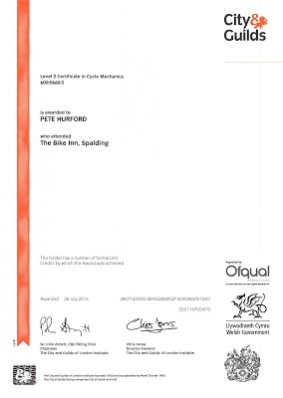 I’m in the UK. The pope is visiting Ireland at the moment. I follow some Irish feeds on social media, plus the UK media has a passing interest, so I’m kind-of aware that it is going on, although it is pretty much a passing interest for me too.

Certainly from the UK media, a lot of the coverage has been from the angle of “abuse by clergy”, many of these stories are now quite widely known. Not just in Ireland, although Ireland is certainly included. But I must admit I feel for someone like the pope, who has been very contrite about all this. I mean, I’m making an assumption that he had no personal involvement in any abuse, but really, all these apologies divert from his main aim, which is surely spreading the christian message. Make no mistake, it’s a great shame that some people have used the church as a cloak through which to abuse others, but really, these people are responsible for their own actions, it’s nothing to do with the church. If anything they’ve exploited the church as well, just by using it to get themselves into a position where they’ve been able to abuse people.

I mean, it is good that the pope says something, the abuse was wrong so it is the right thing to do as far as the abused are concerned, it also distances the church from the abusers, i.e. the church recognises that it was wrong.But, really, I don’t this he bears any personal responsibility here. Without doubt, The church could have done better, both in terms of its staff selection, and even moreso in terms of the subsequent cover-ups, but most probably, the guy who is now pope would have been some distance from all of this (both time and space).

I do see some parallels here with party politics. How many times does someone say or do something stupid, then someone else, who happens to be on the same team, is forced to try and defent them? How embarrasing must that be? And, of course, because politics is so tribal, they do attept to defend them, while the rest of us are sat there, thinking “what an idiot!” . Worse, in this case.